Getting Your BEARings in Bear Country 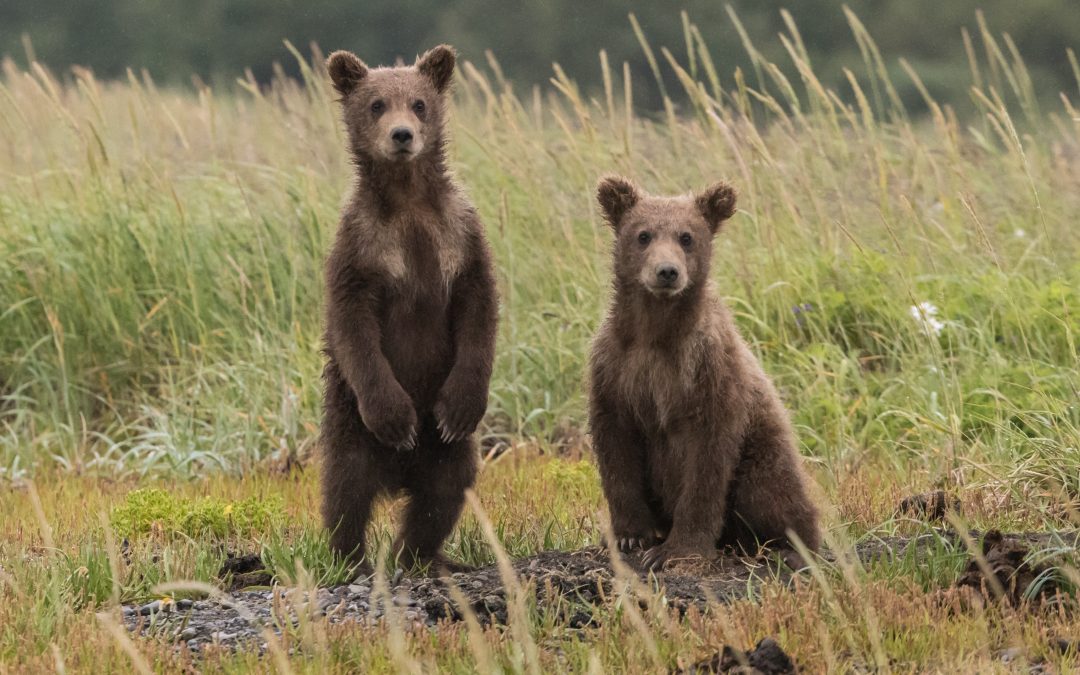 Bears: some people can’t wait to see them on their national park adventures, and some people hope to not see them at all! Regardless of how you feel about bears, it is your responsibility to be prepared if you are heading into bear country. Two types of bears can be found in the lower 48 states: black bears and brown bears. Many of these bears call national parks and the surrounding areas their home. Here’s the gist on how to tell the two species apart and what to do if you encounter one:

Black Bears
The North American black bear’s range is currently limited to undisturbed forested locations across the U.S., Canada, and Mexico. These bears are frequently spotted in Great Smoky Mountains National Park, Shenandoah National Park, Voyageurs National Park, and Yosemite National Park to name a few. They are characterized by their smaller size compared to brown bears, cat-like hooked claws that are good for climbing trees, “straight” or “smooth” facial profile, and lack of a hump on their shoulders. Don’t let their coloration fool you though! Black bears can have black, brown, cinnamon, or even white fur! It’s much better to identify them based on their face shape and the lack of a shoulder hump than it is to identify them based off their fur color.

Brown Bears
Brown bears are classified into two confirmed subspecies, kodiak bears in Alaska and Canada and grizzly bears in Alaska, Canada, Idaho, Montana, Wyoming, and Washington. Their subspecies classification is defined by their location and genetics. Grizzlies often coexist with black bears, especially in national parks like Yellowstone, Grand Teton, and Glacier. These bears can be identified by their large size, long straight claws used for digging, “dish-shaped” facial profile (meaning there is a noticeable dip in their bone structure between their snout and their forehead when viewing from the side), and distinct shoulder hump. Again, color is not a good indicator of identification. Brown bears can be black, brown, cinnamon, or white – just like black bears.

It is our job as visitors in the national parks to respect all wildlife, including bears. Be prepared for bear encounters by following these best practices: Teach others how to be bear aware! Seeing a bear in the wild is an exciting experience that can inspire deeper connections to nature and encourage people to become environmental advocates. Join us in the parks so we can take part in this experience together, all while maintaining safety and respect for wildlife!